Applied Data Technologies has been in business for 22 years as a Hewlett Packard reseller and service provider for school districts in North and South Carolina. One of those districts — Wake County — is the 15th largest school district in the United States, with nearly 200 schools under its purview.

That’s where Brian Madden works, and it’s his district that has seen the most benefit from using Circuit — our route management tool — in its day-to-day operations.

Brian’s team — and sometimes Brian himself, when demand is high enough — delivers new Hewlett Packard products to schools and picks up products in need of repair.

“Route planning probably took us an hour each morning,” Brian said. “And it was a frustrating process.”

To plan a multi-stop route with Google maps, Brian and his team typed in all of the addresses manually. Wake County routes generally had somewhere between 10-20 stops, and each stop took roughly 15-20 minutes. Plus, the routes had to work within the school’s hours, which are now reduced due to COVID-19 restrictions.

But planning a route on Google Maps has its limits.

First, you can’t have more than 10 stops per route. This means to make a 20-stop route, you’re going to have to break the route into two. To get around this limitation, Brian’s drivers would add stops to Google Maps as they progressed on their route. But this wasn’t ideal, as sometimes drivers would return to their phone to see all of their stops had been deleted.

Second, Google Maps is a navigational tool, not a route optimization tool. While you can arrange the stops on Google Maps so they’re closer together, you’re not actually driving on an optimized route.

This means Brian and his team were spending an hour each morning to create a route that was not optimized for efficiency.

This all changed when Brian found Circuit — our route management tool that lets you plan the fastest route possible for your drivers, with an unlimited number of stops available.

If you manage a team of drivers and want a simple, cost-effective way to keep track of them (while making their routes more efficient), sign up for a free trial of Circuit.

Instead of manually importing addresses into Google Maps (with a limit on ten stops per route), Brian can now download the school addresses as an Excel file and import them into Circuit. From there, he can create fully optimized routes and divide them among his two drivers.

Brian estimates he saves roughly an hour to an hour and a half each day by using Circuit to plan his routes.

But he doesn’t just save time by planning routes — his drivers also save time by driving along optimized routes, and not having to worry about adding stops or their entire route being deleted from their phones. Plus, his drivers can still use their preferred navigational app, such as Google Maps or Waze, to get from stop to stop.

When you factor in the time saved on route planning and route execution, Brian estimates Circuit saves him more than eight hours a week in payroll.

Thankfully, the work Brian has done by using Circuit to create an in-house delivery process can handle the increased demand.

If you manage a team of drivers and want a simple, cost-effective way to keep track of them (while making their routes more efficient), sign up for a free trial of Circuit. 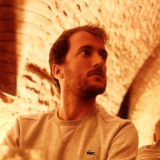 David is a content writer based out of Phoenix, Arizona. He has written for SaaS and e-commerce companies, as well as several mattress blogs. His work on sleep health has been featured on Today.com and Yahoo! Lifestyle.